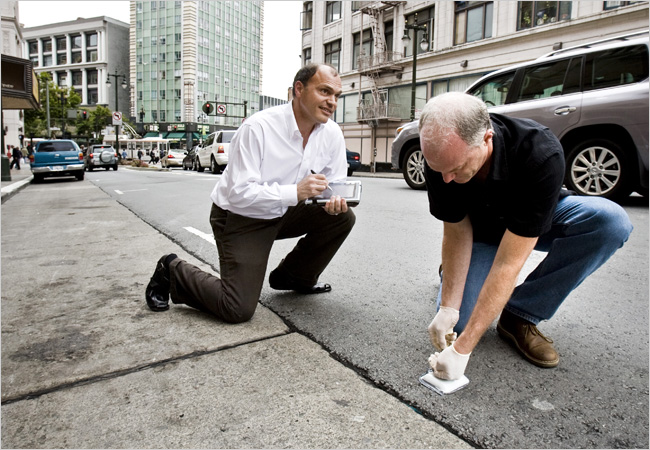 You may not yet have heard of it, but San Francisco thinks it may have solved the problem of never being able to find a parking space when you need one.  The struggle to find parking has become so commonplace it has become a cliché, a problem not limited just to these 21 square miles.  San Francisco’s solution?  Take the age old system of pay by the hour and spice it up with a little modern technology to allow prices to flow with natural supply and demand.  In layman’s terms?  San Francisco, along with a handful of other demonstration projects in cities around the United States, will be introducing parking where the price adjusts according to how many spots are still available, the time of day and how long you stay to help curb demand and keep spaces open.

As the San Francisco Chronicle reported of SFPark, the name of the program, back in April, San Francisco is one of numerous cities hoping to revolutionize parking through the introduction of smart meters.  Among the suggested potential benefits include reducing greenhouse gas emissions, unclogging the streets and turning greater revenue.

As SFpark is envisioned, parking rates would be adjusted based on time of day, day of week and duration of stay. People would be able to pay not just with coins, but with credit cards, prepaid debit cards and even by cell phone. If a meter is set to expire, a text message could be sent to the driver. More time could be purchased remotely.

People also would be able to check parking availability before arriving at their destination via the Internet, handheld devices such as BlackBerrys, or cell phone. Sensors would be embedded in the asphalt to keep track of when a parking spot is empty.

“The idea is to give people more choice, more convenience and to reduce congestion,” said Mayor Gavin Newsom.

Now likely you’re thinking, that sure seems like a nice idea, but the technology to actually accomplish something like that must be a long ways away.  Right?

Actually, according to an article in the New York Times last month, San Francisco will be going live with the system this fall.

The city’s planners want to ensure that at any time, on-street parking is no more than 85 percent occupied. This strategy is based on research by Mr. Shoup, who has estimated that drivers searching for curbside parking are responsible for as much of 30 percent of the traffic in central business districts.

To install the market-priced parking system, San Francisco has used a system devised by Streetline, a small technology company that has adapted a wireless sensor technology known as “smart dust” that was pioneered by researchers at the University of California, Berkeley.

It gives city parking officials up-to-date information on whether parking spots are occupied or vacant. The embedded sensors will also be used to relay congestion information to city planners by monitoring the speed of traffic flowing on city streets. The heart of the system is a wirelessly connected sensor embedded in a 4-inch-by-4-inch piece of plastic glued to the pavement adjacent to each parking space.

The device, called a “bump,” is battery operated and intended to last for five and 10 years without service. From the street the bumps form a mesh of wireless Internet signals that funnel data to parking meters on to a central management office near the San Francisco city hall.

Streetline has technology that will display open parking spaces on Web sites that can be accessed through wireless devices like smartphones. They are also developing a low-cost battery-operated street display that will be able to alert drivers to open parking spots nearby.

Though people may not readily recognize it, the Corporation of Hamilton is trying to do the right thing with their recent introduction of higher parking fees in town.  You may not have noticed, but it is near impossible to find a parking spot in town when you need one.  The Corporation thus has a solution, increase the costs to decrease demand.  Unfortunately however, this may or may not be successful at freeing up parking spaces for those who need them and may inadvertently punish those who don’t abuse the system just as badly as those who do abuse it.  Someone who actually just wants to pop into a shop for an hour shouldn’t have to struggle to find spaces while those with deep pockets can take up a spot all day, endlessly running out to scratch more tickets.  Why should everyone be punished for the abuse of the system by a few bad apples and better yet, is there a better way?