After reviewing the numbers, I have found that San Francisco’s America’s Cup was seen as a poor investment because it represented an investment in stimulus the city didn’t need.  In Bermuda’s case, we are deep in a long recession and the expenditure on America’s Cup represents much needed stimulus to help boost our local economy, create jobs, opportunity and drive awareness.

A consistently repeated narrative is that the America’s Cup event in Bermuda has been over hyped and that San Francisco is evidence that Bermuda’s event will not measure up.  Longtime readers of this blog will know I prefer to examine the numbers before making any sort of conclusion so I thought I’d take a look at the evidence available regarding the San Francisco event.

Originally when the America’s Cup event was announced I was skeptical.  The estimated spend I recall hearing was $60 million.  Personally I have not traditionally been a big fan of mega sport events like the Olympics.  They tend to run over budget, fail to meet expectations and are generally seen as more cost than benefit.  They tend to be a large gamble.  In the cases that we’ve done in the past like the Grand Slam events, which could have been a lot bigger if Tiger Woods had come to the island, they were nowhere as big as was hoped.  There are a great many smaller initiatives we could spend our money on, namely supporting our existing business and infrastructure rather than competing with them.

With that said, I should note a point of personal disclosure.  My company, of which I am a part owner, has indirectly supplied and marginally benefited from the America’s Cup World Series event through one of my clients.

On to my opinion.  Given the review of the San Francisco report, I am of the belief that Bermuda will benefit greatly from the America’s Cup and that it was a gamble worth making.  Bermuda was in a heavy economic slump with a low level of confidence.  The America’s Cup event has already created jobs, driven demand and raised our profile as a destination.  Unlike San Francisco which is regularly host to big events, has a booming economy and is home to world leading tourism startups like AirBnb, Bermuda is a tiny relatively unknown island nearly in the middle of nowhere that was stuck in a deep recession.  Where the America’s Cup would make a tiny ripple in the economy of San Francisco, it would make a very big splash in Bermuda’s.

One of the big anecdotes used to demonstrate the failure of the San Francsico event are its failure to live up to the original estimates.  This is then used as a proxy to suggest Bermuda’s event won’t live up.  Let’s examine these numbers in more detail to get a clearer picture of the story.

It isn’t terribly difficult to verify these numbers, so points for accuracy.  The SF Gate covers some of these numbers and more accurately, there is a Policy Analysis Report done by the San Francisco Budget And Legislative Analyst’s office that confirms them and other details.

The summary of the report?

The event cost the city $11.5 million, contributed $364 million in revenue, created 953 jobs, 506 of which were for San Francisco Residents and created part time jobs for 517 residents, equivalent to 3 weeks of full time work each.

Ok, so to start off with, a spend of $11.5 million to generate $364 million in local economic revenue, 506 resident jobs and a whole bunch of part time work actually seems like a reasonable investment if it were anywhere other than San Francisco.  San Francisco was already a booming city, host to many big events in the prior few years like a Superbowl, a Democratic National Convention and World Series baseball games.  One of the core arguments was that the event was held at near a peak time for tourists so it didn’t boost things terribly and if anything, displaced tourists that were already going to be there.

Let’s consider Bermuda for a moment.  Our economy was stagnant with almost no job creation.  Our tourism is still near record lows for expenditure and the “gold standard” and “platnum period” renaissance that was to revive tourism cost a fortune and was a short blip in the stats. If we end up spending $11.5 million for a creation of 506 jobs, a whole bunch of part time work and $364 million generated in the local economy as well as raising our profile as a high end destination, I’d consider that a considerable success and a significant return on investment because of the desperately needed economic boost because we’re Bermuda, not San Francisco.

So why was this report so inaccurate?  It was done prior to the selection of San Francisco as a host city and was done assuming 15 syndicates participating.  Ultimately only 4 ended up participating in the final and 8 in the world series event.  This was because the sheer cost of entry and participation that too few could manage it and thus pulled out.

So, this helps explain why the America’s Cup was so adamant about changing to a smaller boat size to decrease team costs for our event.  There was a lot of controversy about this with some teams defiantly pulling out and yet in the end a greater number of teams have signed up to participate in the final.  If the San Francsico estimates are anything to go by, the increased participation suggests our event may be even more successful than the San Francisco one.

Ok, so again, far above the final results.  Yet there’s a note, the economic impact of the Pier 27 Cruise Terminal Project was included in the estimate but discounted because it was rushed for the event and deemed that it would have been built anyway.  It accounted for $186 of impact, so the 901.8 million estimate would be closer to $756 million.

So the estimates clearly outweighed the final results.  Does that mean the event was a failure?  No it doesn’t.  The key deciding factor for San Francisco is that it seems they didn’t want it to cost the city anything.  San Francisco wasn’t in a recession and didn’t really need to spend money to stimulate growth.  Bermuda is in a completely different position where it actively needs to spend money to stimulate growth because our economy was, still is and still will be still trapped in a long standing recession that many, this writer especially, believe was far more self induced than driven by the global downturn.

Impact on Hotel Occupancy and Tourism

Key points noted in the report:

Perhaps someone would take this as an indication of failure, if they don’t have any real understanding of the difference between San Francisco and Bermuda.  Let’s make it clear “San Francisco hotels generally exceeded 90 percent occupancy in 2012 and 2013”.  San Francisco’s hotel occupancy numbers are so high it is believed that the America’s cup event displaced tourists who would have already come.

Bermuda’s occupancy rates for May/June hover at around 75% over the last 3 years and often are only that high due to promotions and discounts.  If we can get a decent boost a high rates that will have a considerably impact on our economy.

Further, one of the key realizations when you attend the Tourism Summit and read the tourism reports is that Bermuda’s problem isn’t price or quality.  It’s awareness.  Tourists surveyed who actually come to the island don’t find Bermuda to be too expensive or not offering value for money.  Tourists surveyed who haven’t come to the island are more likely to equate Bermuda’s tourism product with Jamaica’s.  Jamaica has a great tourism product, but it’s completely different from our own.  We need to raise awareness that we offer a high end, high quality product and tying ourselves with a high end event with considerable exposure among wealthy elitists for an expensive high society sport is perhaps, unfortunately, the perfect fit. That’s our target market, to be the Louis Vuitton of tourism, an expensive high quality brand with a name that evokes envy from those who haven’t been but wish they could and drives a smaller number of higher spending visitors.

According to economic research provided by the Federal Reserve Bank of San Francisco, the San Francisco economy was mired by recession but was already past the bottom when it was bidding for the America’s Cup event.  It was then in a strong recovery by the time the event happened, the stimulus wasn’t needed and as a result the $11.5 million spent likely could have been better spent elsewhere. 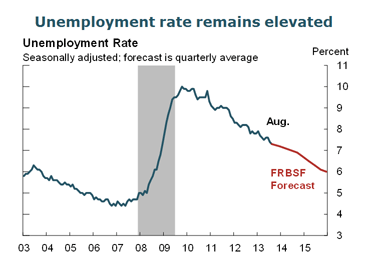 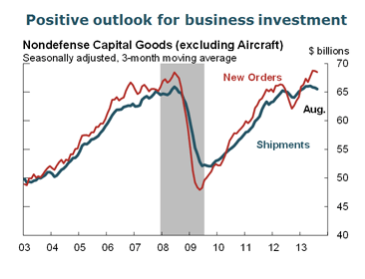 Bermuda is in an entirely different position.  We were barely at a bottom when we were bidding and our recovery has been slow and painful.  That is because our recession is more locally induced than influenced by the global economic downturn.  The reason being that our core industry, reinsurance, works on a different cycle than most other industries.  While most other industries have been in an expansion phase over the last few years, reinsurance has been in consolidation and contraction.  Too few people really understand this.

This blog was sounding the horn back in 2007 that we were risking not a mass exodus of foreign workers but a quiet retreat.  That’s exactly what we’ve seen.  There was considerable impact on local expenditure, housing demand, retail sales.  Our economy has continued to struggle because we drove out much of the foreign work force and they’ve barely trickled back.  The boost that the America’s Cup has had in moving staff and teams here is largely unappreciated by those who don’t understand our economy.  It was a rather quick boost that contributed to local expenditure, filled empty homes and drove up sales.  That’s before we consider the impact the actual events will have.

So after all this, while the San Francisco’s America’s Cup was a poor investment in unneeded stimulus, Bermuda’s is a good investment in desperately needed stimulus.  Here’s hoping it truly does live up to the hype, boost awareness of our island’s tourism product, our international business potential and hopefully along the way give a bit of an uplift to people in need of work and small businesses looking to grow.