Travelling the world you tend to take things for granted.  For example, I became very spoiled in being able to rely on either Here Transit or Google Transit to be able to get up to the minute schedule estimates and trip planning almost anywhere. 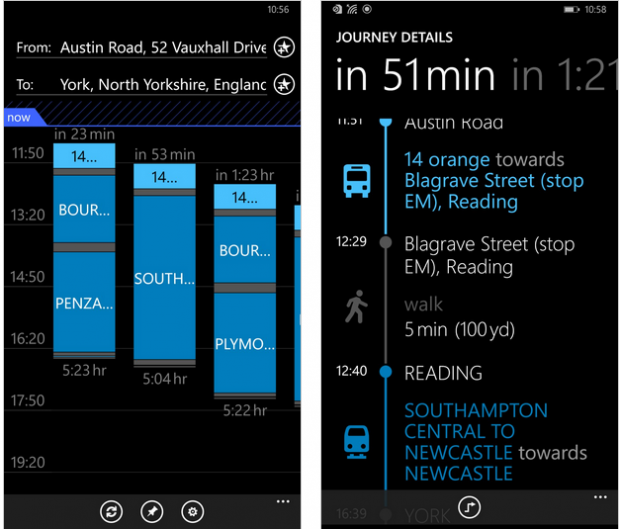 You could just turn on your GPS, plug in your destination and get detailed schedule options of not only when and how to get somewhere but what transfers are required, where, and how long it’ll take.  It’s incredible and makes it incredibly easy to navigate many cities and places around the world.

Sadly returning home I’ve come to the realization that our transit information and schedules haven’t been shared with either Here Transit or Google Transit.  Thankfully we have gov.bm to rely on, which would be encouraging, unless you’ve actually tried to look up anything on it lately.  For some reason all of the useful information that used to be available is no longer available thanks to the site redesign.  It isn’t exactly the dark ages, but it doesn’t feel that far off.

Here’s an example.  I’d like to go from Shelly Bay Marketplace to Paget.  So I go to gov.bm.  It is only two clicks to get to “Bus Routes and Maps” so some points are deserved there.

Ok, so now how do I know which routes will get me where I need to go?  There’s no map or info, only a list of routes.  We’ll take for granted that I’m not a tourist and click on the Route 10: Hamilton – St. George’s link. 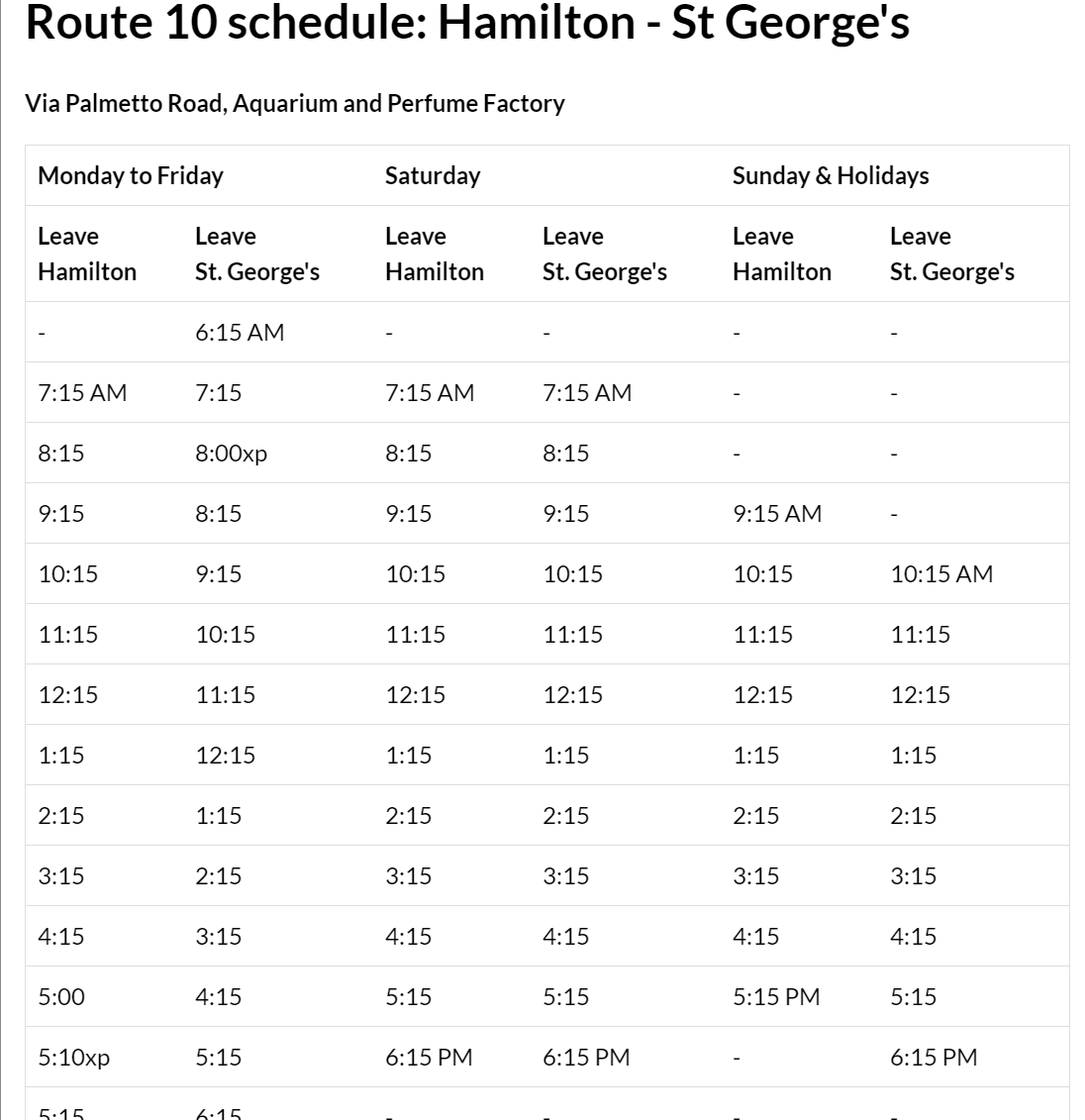 This is what you get.  No map, only time estimates for leaving St. Georges and Hamilton, no details on the individual stops.  How is anyone supposed to know when the bus passes Shelly Bay Marketplace?  Beyond that, how is anyone supposed to know that this route goes past Shelly Bay Marketplace?  Wait, you want to go somewhere other than town?  Now you’ve got to figure out transfer times across more than one route. Good luck if you’re not a local.

Painful.  It’s a far cry from popping into cities like Budapest or Vienna, throwing in your destination and having all the work done for you.

I’m not sure if Tourism and the Department of Transport are aware of it, but it is entirely possible to submit transit information to both systems. Doing so would be very much appreciated and a great service to help tourism and individuals hoping to make use of public transport.