While I’m absolutely in favor of harmonizing duty towards a single rate and reducing the complexity, the government’s duty changes don’t make sense according to my current understanding. It seems as if the government has simply just found an excuse to hike rates without actually harmonizing anything.  They’ve also made efforts to keep rates low on a whole raft of things that should be taxed at a much higher rate, while simply hiking things that were already taxed fairly highly.

Perhaps I’m entirely misinterpreting the new rates but as far as my understanding goes, they haven’t changed any categorizations, simply just hiked rates.  Let’s take a moment to review a few scenarios to see what I mean.

Let’s say your importing something via a courier.  What are the new rates? 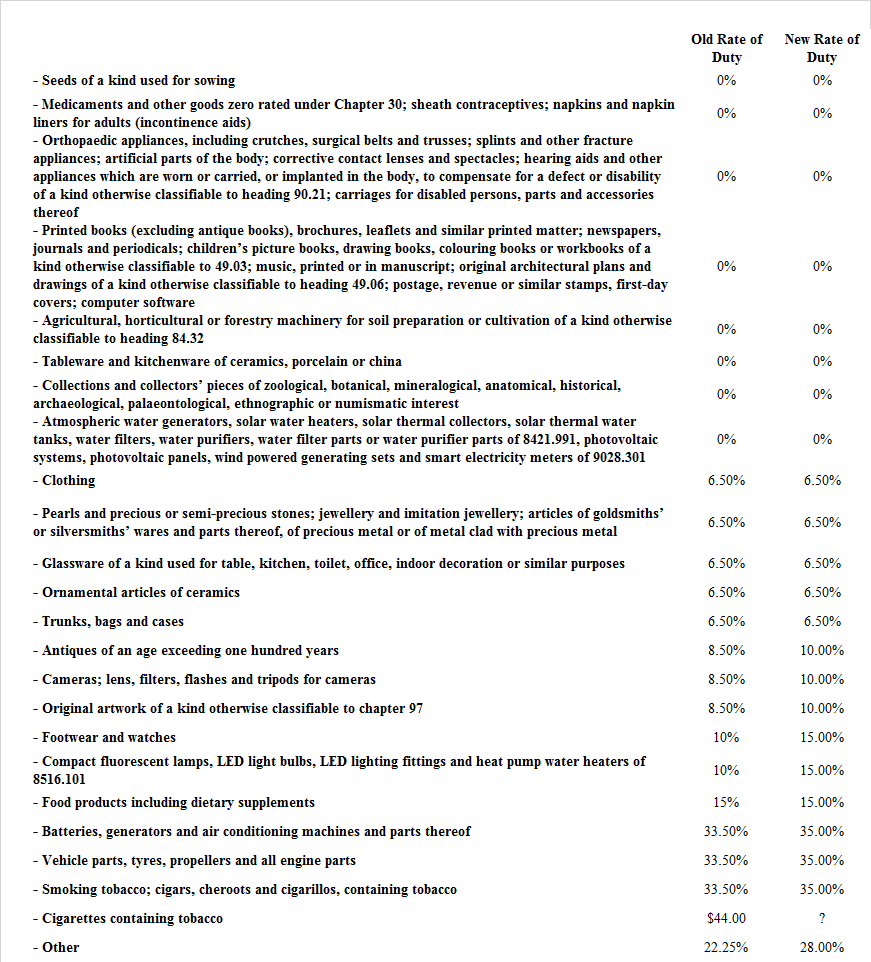 Well, if you’re importing a computer for work or for school originally you would have paid 22.25%, now you’ll pay 28%.  Good luck.

However, if you happen to be importing Pearls or Jewelery you’ll be happy to know that you’ll have no rate hike.

Wait, what did they say in the budget statement?

The 3 lowest rates remain the same as they contain several goods which are considered essential.

Let me get this straight.  Pearls, Jewelery, decorative glassware, fancy china and ornaments, are all considered essential and will not see any hikes?

You’re kidding right?  What am I missing as they certainly couldn’t have left rates low on these items while simply hiked the rates on other things.