Note: the chart and headline was intended as sarcasm to make a point about how charts and headlines can be misleading of the real story, not imply the PLP actually destroyed tourism.  In no way was it meant to be taken as fact as the chart only represents a small snapshot of a much larger decline (shown in the chart at the bottom) and the y-axis is set at 200,000 to make the decline seem more extreme.  It was only created in an attempt to illustrate my frustration with the PLP’s chart that also took only a snapshot and adjusted the y-axis to 200,000 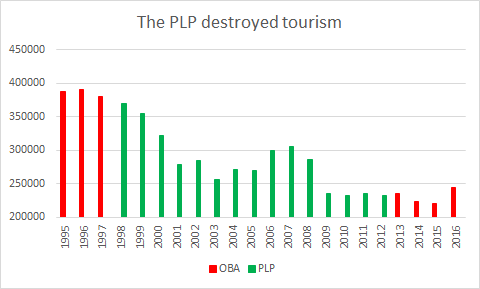 The above chart clearly shows how the PLP destroyed tourism.  Note the heavy decline from 1998 and the flatline from 2009.  Obviously this chart makes it clear just how massive a decline there was from the UBP days to the PLP’s with 2006-2008 barely registering a blip over what the levels used to be. 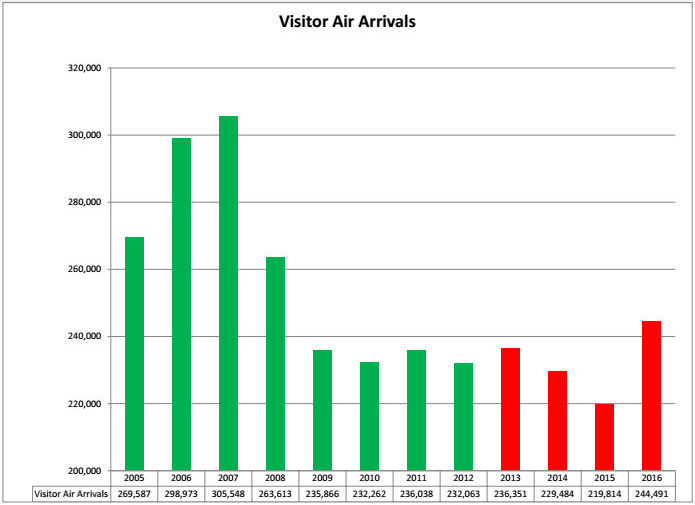 Jahmal Simmons proclaims ‘Numbers Are A Return To Being Average’.  Sure they are.

Let’s be frank here.  When compared to historical figures, the OBA’s tourism numbers suck and the PLP’s numbers sucked.  They’re a shadow of what they once were.

The real question is:  What was the tourism budget and the corresponding visitor expenditure figure for each year?  Now that’d tell a real story.

Oh, and the BTA provided a much more comprehensive 0-based axis chart in their 2016 report that gives a much better picture of the long term failure of tourism. 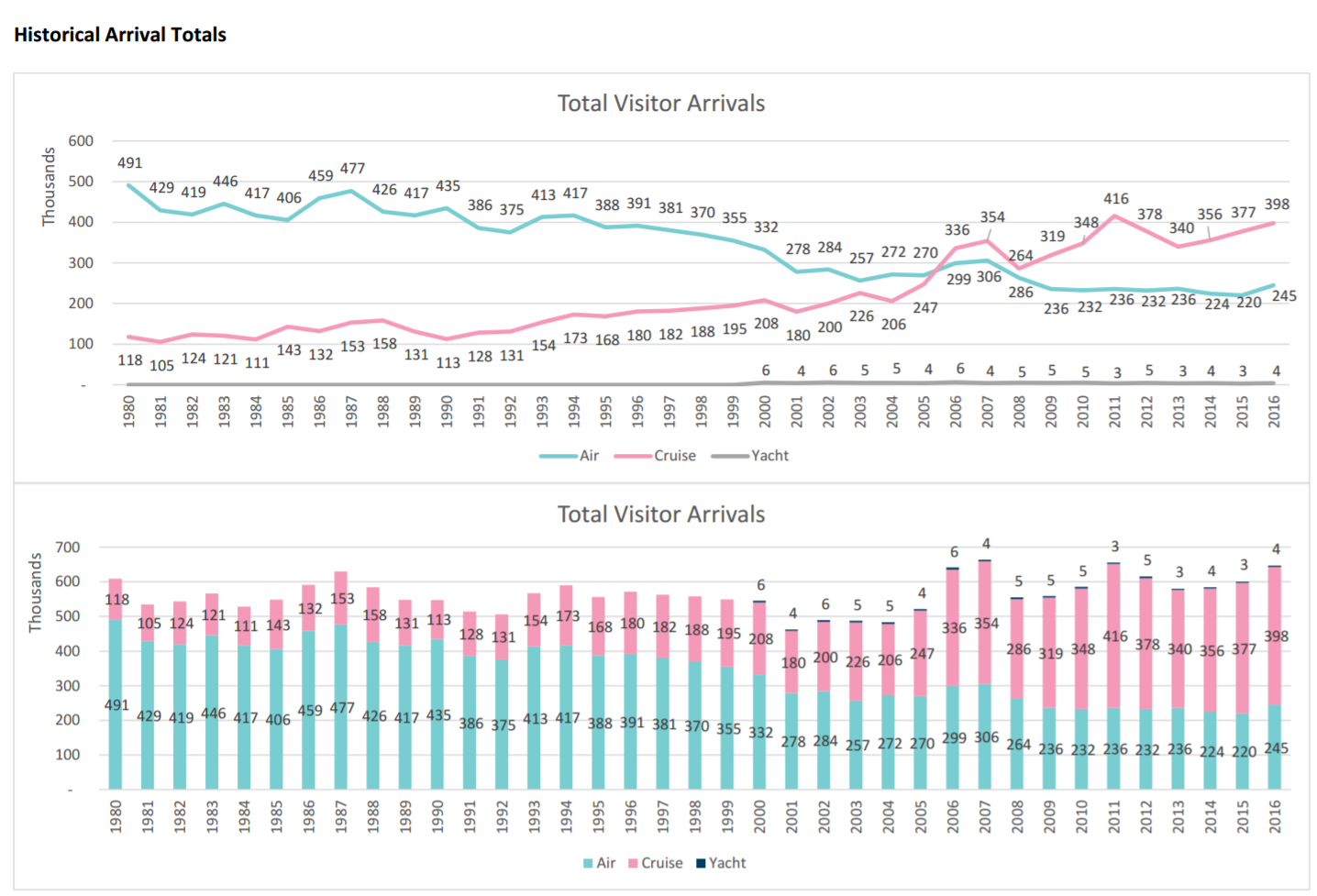