With the introduction of the recent budget, the civil service is under the spotlight for the tremendous burden it places on the economy.  The Chamber of Commerce expressed its disappointment that little is being done to reduce this burden.  Facebook has lit up with claims that “the civil service is basically welfare”.  Is it fair to say that the civil service is oversized for a jurisdiction like ours and overloaded with far too much unnecessary bureaucracy?  If so, what is being done?

Let’s take a look at how civil service job numbers have faired against all other jobs. 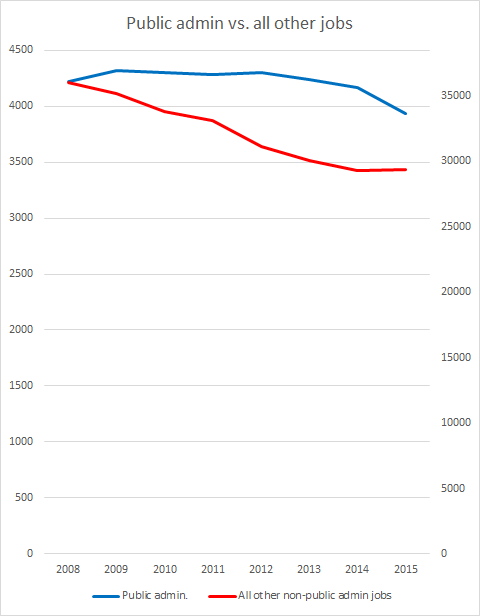 First off, let’s note that there’s no crazy chart voodoo being done here.  On the zeroed left axis we have public administration jobs and on the zeroed right axis we have all other jobs.  The two data points are plotted in such a way as to give a relative comparison from the same starting point.

What we can see from this chart is that the civil service has only gradually started reducing overall numbers from about 2012.  Declines are happening, though they aren’t happening all that quickly when you contrast them against the declines across all non-public jobs.  Non-public sector jobs witnessed a start decline right from the start of our available data in 2008 and have only recently shown signs of halting.

Let’s take a deeper look at changes of specific occupational groups within the public sector to better understand what has been happening. 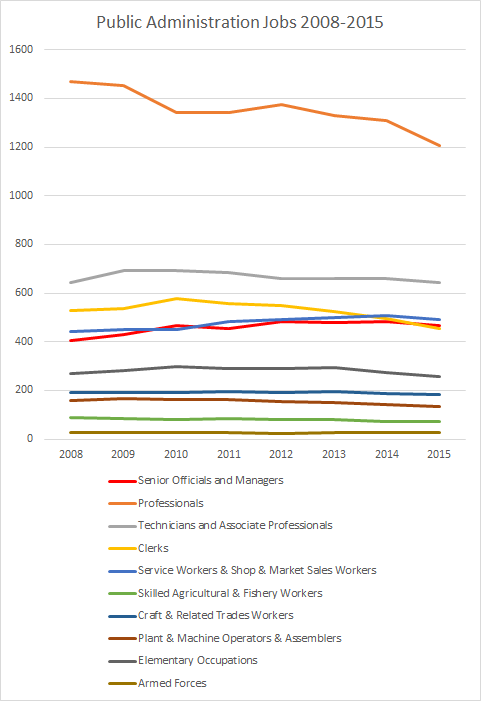 Interestingly the largest job category is “professionals” which has seen rather significant declines over the years.  The other categories are not as clear, mostly seeming to either stay around the same or actually rise a bit.

Let’s narrow in on the declines other than professionals. 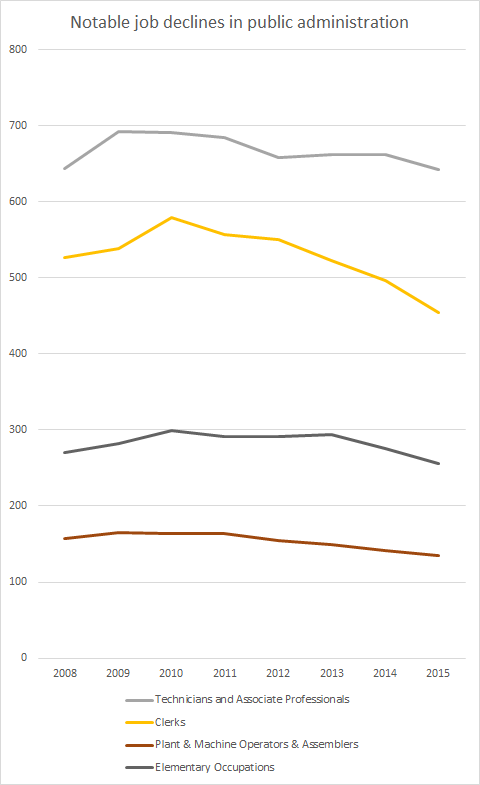 Technicians and elemenary occupations don’t show a great deal of change while clerks (such as secretaries) have seen a significant decline.

How about job growth? 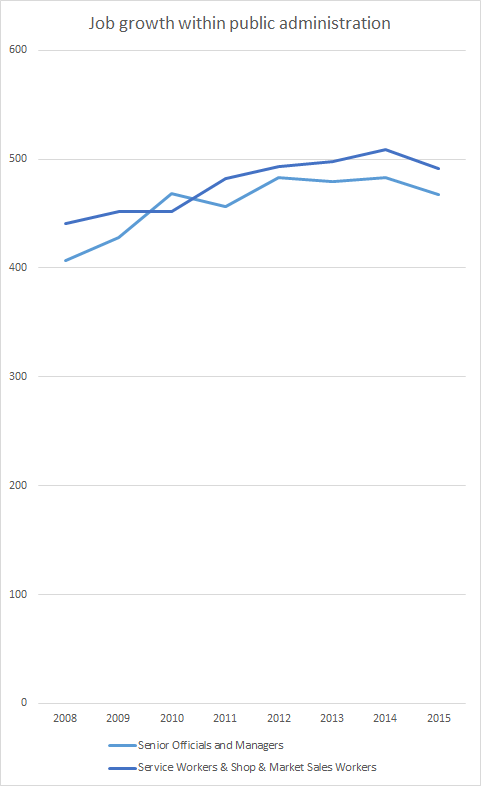 This one was a bit surprising.  Interestingly there was job growth in management as well as service worker positions.  It would seem that although attrition is happening, there does seem to be considerable growth in management which could be pushing up costs as salaries tend to be higher for these roles.

So, there are certainly some arguments to be made that the civil service is gradually being reduced in size, albeit slowly.  Unfortunately this means that the private sector is left to take on an increased burden and the public faces higher taxes as a result.  It’s too bad the furlough days were eliminated, they seemed like a good solution for reducing costs without eliminating jobs.