Continuing on my analysis of the Employment Report statistics I thought I’d take a look at cumulative changes in jobs by major occupation and see what that looks like.

This gives a much clearer of the absolute number of jobs lost by Bermudians in the last few years.  For example, Clerks (aka. Secretarial positions) suffered a substantial decline from 2011.

An interesting point of note is the spike in Service worker jobs from 2011 – 2013 along with a minor spike in professional jobs which seemed to buck the trend. 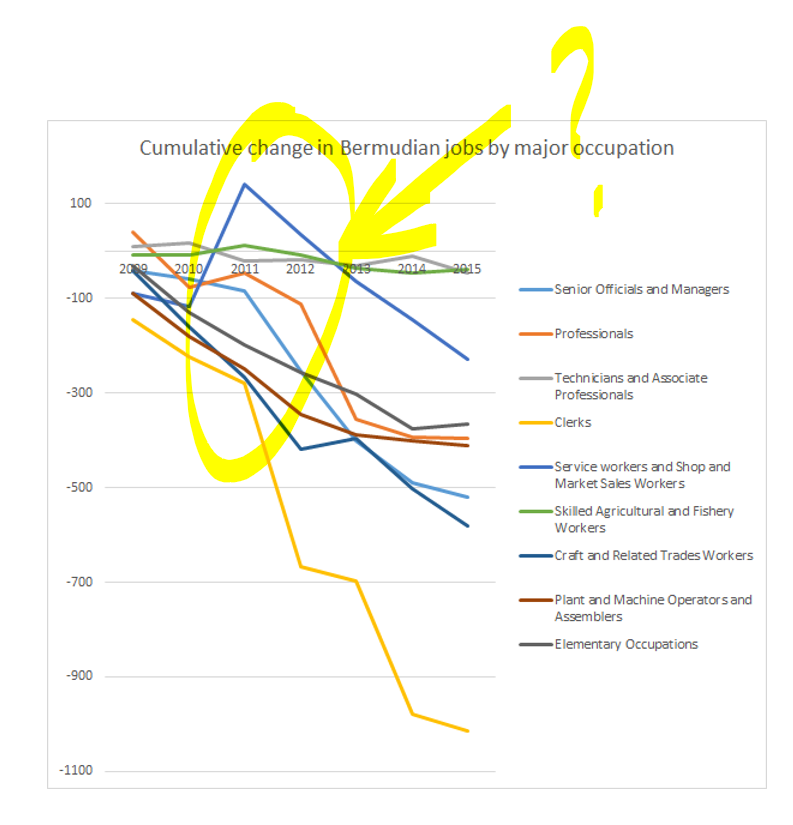 The question is what caused this spike? My current hypothesis is that this is related to the hospital project but we’ll likely get a better idea if we dig further into the breakdowns of the jobs within individual categories. 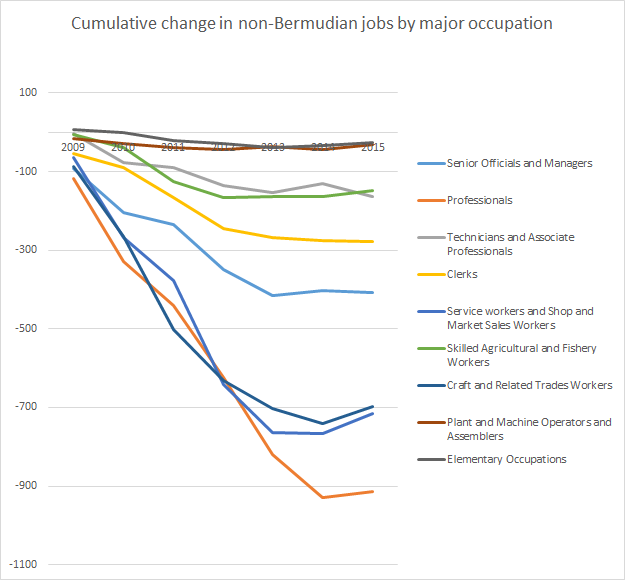 There were more aggressive declines and larger numbers of overall jobs lost in the Professional, Service worker and Trades worker categories.  Notably there was no upwards spike for 2011 to 2013, only a slight change in rate of decline in a few occupational types.  Also interesting is the switch from heavy decline to an uptick right around 2014 which coincides with the ending of the term limits.

Note: the charts are based upon summing the cumulative yoy changes in job numbers