Another lesson learned?  If people don’t understand why a chart is misleading then they can miss that you’ve made a chart so ridiculous it was meant to be humourous, not taken seriously.  So perhaps it it helpful to point out why this chart was terrible and misleading.

1. The y-axis has been set to 200,000 which as you can see by the markings makes it appear as if the change between 2012’s number and 1995’s number is significantly larger than it is in reality.

Contrast the above chart vs the one below.  Notice how significant of a difference it makes?  The decline represents roughly 1/3 of the overall numbers however when depicted with a y-axis of 200,000 it gives a perception of a 4/5th decline. 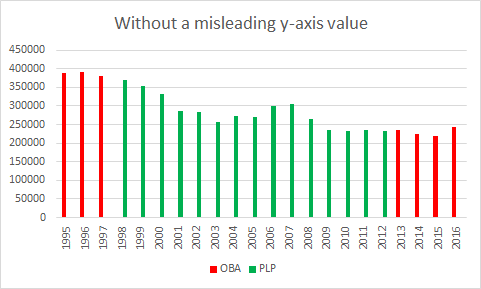 2.  The date chosen of 1995 is a subtle detail that makes it look like we were on an uptrend before the decline and betrays the long term truth. 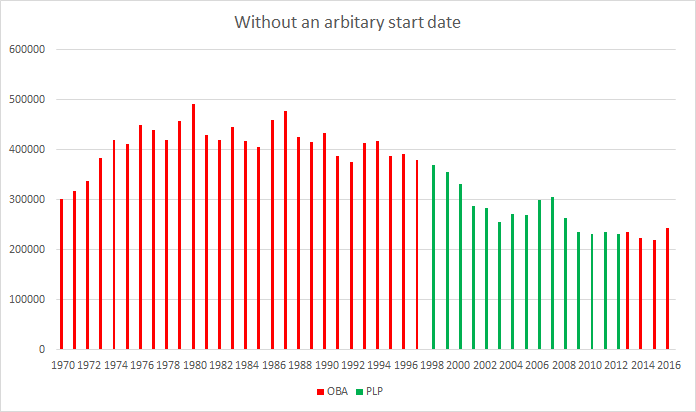 Choosing simply 1995 doesn’t tell a complete picture.  If we take numbers going as far back as I could find we see a the trend was part of a larger decline.  For example, had I chosen to start the chart in 1993 instead of 1995, it would have emphasized the decline has beginning under the UBP (labelled OBA in the chart). 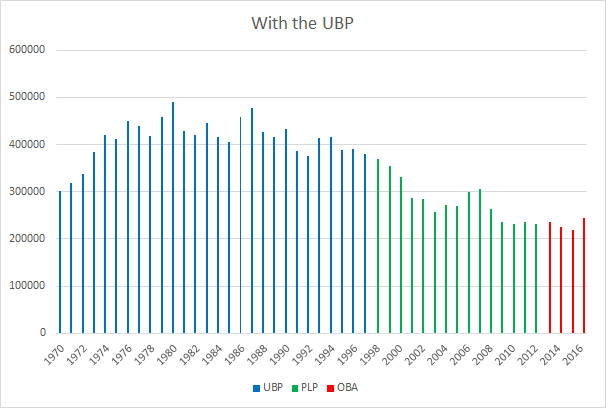 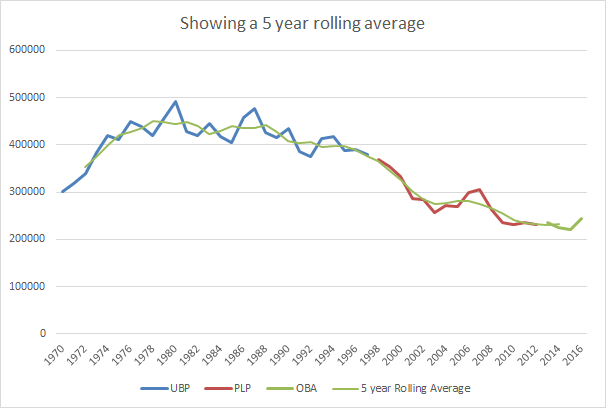