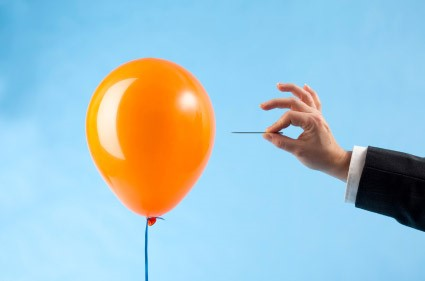 A few weeks ago I attended a FinTech TechTalk at the Hamilton Princess.  The first question asked of the panel was “What is FinTech?”  The answers from most of the panelists surprised me as they varied quite a bit from my own interpretation.  The general sense was that the “Tech” in FinTech and InsurTech represents companies in the finance and insurance industries applying technology.  I believe this definition represents a flawed approach. “Tech” implies a company that has technology at the heart of its business to reduce friction across the business, not simply one that uses technology as part of its tool set.  It is a subtle but important difference. If we don’t truly understand this difference we are at significant risk of having our local industry disrupted.

I recently had a chat with a CEO of a reinsurance company who has been making a lot of noise about the industry’s need to embrace technology.  They are convinced they’re on the right track because they’re investigating and investing in the latest and greatest technologies like AI, Blockchain and other areas high in the hype cycle.  They think as a result they’re an InsurTech company but I disagree.  They’re a reinsurance company using technology which is fundamentally different from a technology company.  How is it different?  Technology is not a first class citizen in their organization.  Their board does not have a technology representative driving the vision of how they’re a technology company.  They have a Chief Risk Officer and a General Council but they don’t have a Chief Technology Officer and/or a Chief Software Architect. If technology is just a tool how can you possibly consider yourself a technology company?

In order to be a technology company is it not essential to have technology at the heart of your business?  For example, I would describe my own company as a “TravelTech” company.  While we’re firmly in the tourism vertical but we are a technology company doing tourism, not a tourism company doing technology.  We leverage technology to reduce operational friction for our large tour operator customers.  While certainly they may run tours and activities, their businesses are becoming fundamentally based on and powered by software.  In some cases it is disrupting their entire business models as they embrace the power that our software provides.

As an example, one of our clients used to be a large tour boat operator.  Today, they own no tour boats and don’t actually run any tours themselves but at the same time they’re a significantly larger and more diverse operator.  Rather like Uber or AirBnb, they rely on contractors to run the actual tours and focus on the bigger picture.  How? Technology.  Could we be using blockchain to record signed insurance waivers and machine learning to predict the best tour times and pricing?  Absolutely.  However we haven’t managed to automate enough of the core business yet. Our focus is using technology to reduce friction across the across all elements of our customer’s businesses.  That takes dedication to automating many different facets of the business without getting distracted chasing hype driven technologies as silver bullets.

Bermuda has a problem in that we don’t have enough of a focus on building truly technology driven companies while other jurisdictions are.  Technology companies require serious buy in, expertise and experience on solving the real technical challenges of building great hardware and software.  That kind of buy in has to come from the very top of an organization.  If you don’t have that, you end up being driven by hype, buzzwords and flashy concepts as the technology direction of the organization is set by non-technologists.  Understanding this is incredibly important as it becomes a reality that software is eating the world and most industry verticals are being transformed by software. Nearly every element of a business has the potential to be transformed by software.  Many companies are only barely grasping the idea that the business of doing software is not only difficult but exceedingly complex. Ignoring this puts you at a risk of developing a crisis of bad software and terrible culture.

Trunomi’s CEO Stuart Lacey was closest to the mark in suggesting FinTech is the intersection of technology and finance.  His company is one of the few in Bermuda who genuinely could be described as a technology company.  However, he had a scary thing to say.  He couldn’t find developers in Bermuda so he opened an office in Silicon Valley. If you’re a technology company, why be based in Bermuda over somewhere else like Silicon Valley if we lack appropriate talent here?  Why have more than a brass plate in Bermuda and few jobs if you even bother to be here?  If there are no jobs, what economy do we have?  Without a culture of software we can’t attract real talent.

You can’t have technology companies without a pool of technical expertise to draw from.  Building that pool requires a culture that nurtures and cultivates that kind of expertise.  It takes meetups, conferences and the ability to learn from one another.  It takes a critical mass of top technology professionals in the same location to really drive that sort of a culture.  Bermuda doesn’t have that and doesn’t attract it.  If anything, it is incredibly difficult to attract top technology talent to the island.  Especially when nearly every destination is attempting to do the same and Bermuda adds barriers and bureaucracy to hiring skilled talent that aren’t even effective.

Bermuda faces a serious risk of disruption.  Software will increasingly transform industries by reducing friction at all levels in many business verticals.  Bermuda’s leaders need to wake up and begin to understand that we need to transform our traditional businesses into software companies.  Doing so requires companies and leadership to take software seriously, not treat it as a cost center expecting rapid results without appreciating the total cost of ownership of any such investment.  Software needs C-Level attention, direction and culture within an organization to avoid being hype driven. Bermuda requires a change of pace to make it more attractive to development talent, reduce red tape and create more opportunity.  If we fail to make this transition then we’ll gradually see jobs and opportunity leave the island as industry verticals are consumed by software and there is less need or interest in having anything but a brass plate based here.

1 thought on “Will Bermuda’s economy be disrupted by “FinTech” and “InsurTech”?”