The recent poll conducted by The Royal Gazette suggested

A breakdown by race shows whites have increased their backing for the OBA, and blacks for the PLP.

Among whites, 93 per cent said they would vote OBA, up from 77 per cent; and 1 per cent would vote PLP, down from 4 per cent.

How could the OBA possibly be leading polls if they only have 13% of the black vote in a majority black country?  The problem?  Far too many people in our country only see things in black and white.

The big fat glaring omission from the Royal Gazette’s coverage of the poll was people who consider themselves neither black nor white. 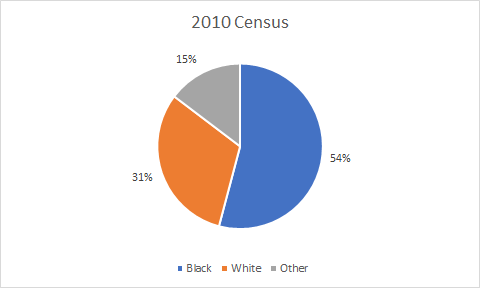 For example we could use the 2010 census as a rough approximation of racial demographics which suggested nearly 15% of people in Bermuda are in the “other” category.

So when you compare only black vs. white support the results are rather confusing 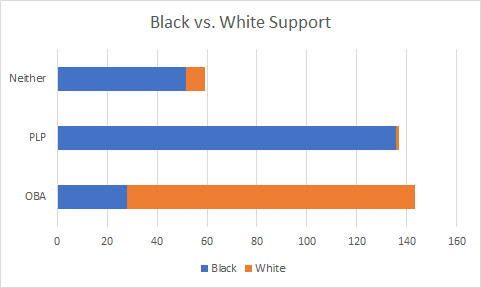 The PLP clearly dominates the black support base so how could the OBA possibly be leading the polls by 6 percentage points when there is only a tiny gap between the two?

The “other” category is not included.  Thus it is wholly misleading.  So, through some approximation based upon the overall support numbers against the census racial breakdown, I’ve estimated what the vote of the “other” category would amount to. 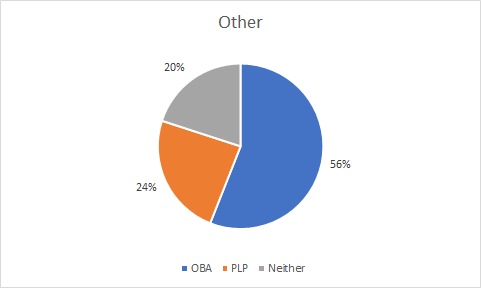 In order for the OBA to have a 44% overall support level, the 56% of people in the “Other” category would support the OBA, with 24% supporting the PLP and 20% not expressing support for either.

If you take the census numbers and apply them to the 400 people surveyed and assume a pure random sample then roughly 215 respondents would have been black, 124 white and 58 other. 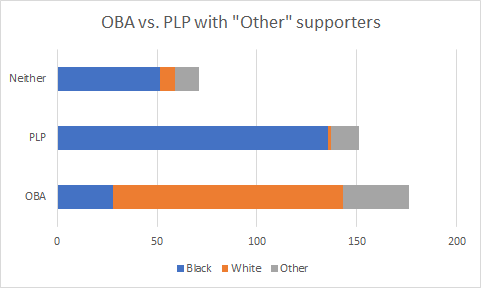 This provides a much clearer explanation.  Many black voters polled have yet to decide support either party. The OBA is successfully capturing the majority of the “Other” vote.

All too often we see things framed purely in black vs. white when it reality, there are quite a few gray areas overlooked.