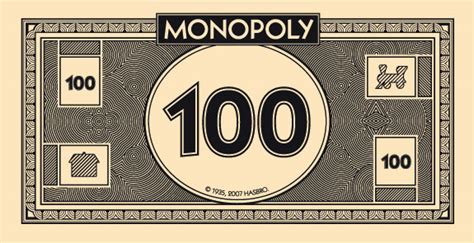 What are cryptocurrencies?  Well to start off with, let’s not over complicate it by worrying about the “crypto” part and simplify things down a bit.  A cryptocurrency is a virtual form of money that anyone can create.  Imagine you had a large printing press and decided to print your own money.  By doing so, you would effectively create your own currency.

Virtual currency is the same, except the money exists digitally rather than in paper form.  The key thing to understand is that it is only transferable and only has value based on who or what is backing it.

If I offered you $100 USD vs. $100 Monopoly money, which would you take?  USD you know you can readily use and would be accepted almost anywhere on the planet.  Monopoly money, by contrast, is really only valuable in a game of monopoly.  Outside of monopoly, it is worthless and no one sane would give you anything for it.

Currencies that aren’t backed by a physical asset of some sort are a figment of human imagination.  They only hold value if people think they do for otherwise they’re worthless.  For many years, USD was backed in value by physical gold.  The ability to exchange your USD for gold at any time is what made people believe in its value.  Today, it is a global medium of exchange backed by the US government and US Treasury and that backing is what lends people to still trust its value.

Bitcoin is also a figment of human imagination.  It is backed by nothing of actual value but is built on a technology called the blockchain.  The block chain provides a near irrefutable medium of trust backing the bitcoin currency.  That trust is acheived through distribution and cryptography.  Meaning it is near impossible to corrupt it and the log that backs all of the transactions made in it going through history.  So the currency itself is nearly uncorruptible, however it’s value is a different story.

Bitcoin is only as valuable as people deem it to be.  It is not tied to any underlying asset so a bitcoin is only worthwhile if you can exchange it with someone else for something of value.  This is the looming problem with the debate over whether or not bitcoin is in a bubble.  Many people are buying bitcoin because other people are buying bitcoin, not because they want to exchange it for something else or use it as a medium of exchange.

The trouble is that in order for it to maintain its value, you need to have someone else to sell it to.  There are realistically few places that accept it, the transaction costs are high and if suddenly everyone wants to recoup their earnings at the same time it can lead to a crash where there are many more sellers than buyers.

I highly recommend reading this article if you’d like to know more about Bitcoin’s underlying value.  It is the clearest writeup I’ve seen yet.

So bitcoin fundamentally has value because people believe in it and it’s potential.  As long as people continue to believe in it it will continue to have value.  If that changes, bitcoins value will change.  So that’s bitcoin, how is it different from other cryptocurrencies created as part of “initial coin offerings” (ICOs) and referred to as “tokens”?

What are ICOs?  ICOs are the equivalent of people printing their own money.  Fundamentally, people create their own money and then, via the internet, offer their newly created currency for people to purchase.  This “initial coin offering” is being used as a funding mechanism for various concepts.  An important thing to understand is that when you purchase the money/tokens/currency of an ICOs, you’re purchasing the equivalent of paper money someone has printed that in most cases gives you no entitlement to ownership of any sort of an asset.

For many years the retail chain in Canada called Canadian Tire printed it’s own money. That money was usually given out as part of a loyalty scheme where a certain percentage of your purchase was given back in the form of Canadian Tire money.  It is a currency that is only valid and accepted in Canadian Tire stores.  Outside of those stores it has no value except in trade with people who would use it to shop in those stores.

Imagine that Canadian Tire was struggling financially.  They decided they wanted to raise money by using an ICO.  They turned around, created a new “cryptocurrency” version of Canadian Tire money and sold it via an initial offering on the internet.  This would allow people to trade currently accepted, transferable and government backed Canadian or US dollars for this new Canadian Tire cryptocurrency or tokens.  Canadian Tire gets real money they can use to fund their operations, you get virtual money you can use to buy things in their stores.

Here’s a key point to understand.  By buying Canadian Tire’s cryptocurrency you don’t actually end up owning anything.  It provides absolutely nothing more than the ability to spend that currency in their shops.  If Canadian Tire goes out of business?  Your currency is worthless, just as your stash of paper Canadian Tire dollars would be.

The big challenge of cryptocurrencies like Bitcoin, Litecoin, Ethereum Coin, Bitcoin cash and other ICOs is that the market is horribly unregulated and you could end up buying a currency that in the end is not transferable and ultimately worthless.  This is key to understand before getting caught up in the hype.

So, if cryptocurrencies are inherently risky and virtual does that mean Bermuda should be avoiding them?  Frankly, no.  Cryptocurrencies are a highly unregulated industry at the moment.  Opportunities exist for jurisdictions to provide the right regulatory framework to enable cryptocurrencies to be trusted for everyday use and flourish as a new medium of exchange.

We effectively have arrived at an age where anyone anywhere can create their own currency.  This has power in that it has democratized a key founding principle of what powers modern society.  Currencies act as a transferable store of value and medium of exchange and it is tremendously valuable to enable people to be able to create them to empower groups, organizations or individuals.  Many great innovations will arise as a part of it, however there will be many growing pains along the way.

The opportunity for Bermuda is if we can move quickly with the right streamlined regulation to enable cryptocurrencies which are backed by a robust regulatory framework that establishes trust.  The race is on to be a competitive player in providing the right environment. Bermuda has an opportunity if we move to embrace it and ensure we stay in line with our historical principles of offering a compelling regulatory framework that maintains a strong reputation as above board and trusted globally. (We also need to do everything we can to maintain that reputation and not inadvertently damage it and ruin our opportunity)

So what about distributed ledger technologies and the blockchain?  Cryptocurrencies are only the tip of the iceberg, the most well known application of the blockchain.  The real future is leveraging DLT for much bigger and better concepts, however that’s a wholly larger discussion and one which will have to wait for another article.