I’m rather confused by a statement Premier Burt made in the pre-Budget public forum.  He said “The number of community health workers has been greatly decimated.”

According to the Employment Survey data released by the statistics department, the number of health workers have been on a fairly reasonable upward trend if you discount the blip in 2011 likely caused by the hospital project.  I don’t see evidence that supports the suggestion that the numbers have been “greatly decimated”, quite the contrary. 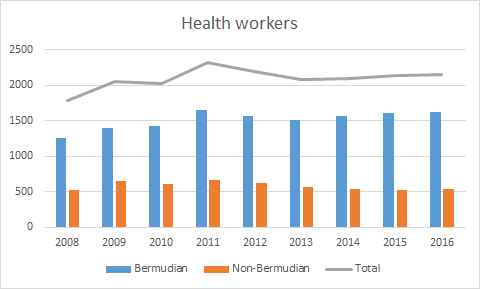