I wholly support and applaud the move to eliminate the height restrictions in town.  Why is eliminating the height restriction important?  I have asserted for years now that one of the key causes of the housing crisis is a lack of adequate housing at the studio and one bedroom size. We really need to fix this imbalance.  Allowing increased height residential dwellings in Hamilton would help immensely.

The problem is that we’ve grown our housing supply at the upper end while the bulk of the growth in household types has been at lower numbers of people per household. Add to that an influx of young single guest workers and the bottom end gets priced out due to lack of supply.  We desperately need to readjust our housing supply.  I think the proposed elimination of the height limit in town will help, I just wish it was for more than just the economic empowerment zone.  Ideally, a much larger scope of Hamilton, perhaps everything behind the Cathedral should be exempted.

Disagree?  Well look at the stats from various Censuses and note that lack of growth in studios and one bedrooms.  The bulk of the growth in our housing supply has been geared toward 2+ bedroom homes. 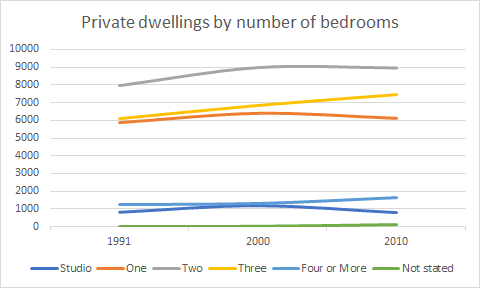 Further, when you look at the number of rooms overall, there has been substantial growth in everything but one and two room dwellings, a large shift from the 1960s. 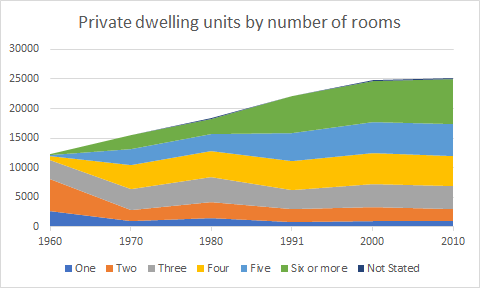 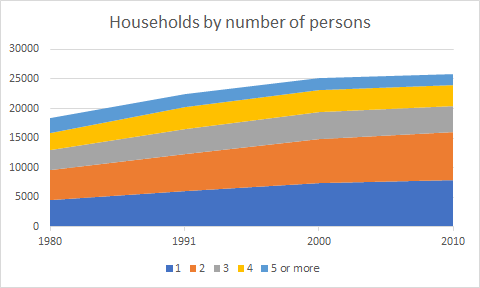 Hmm…  Well how about by type of household? 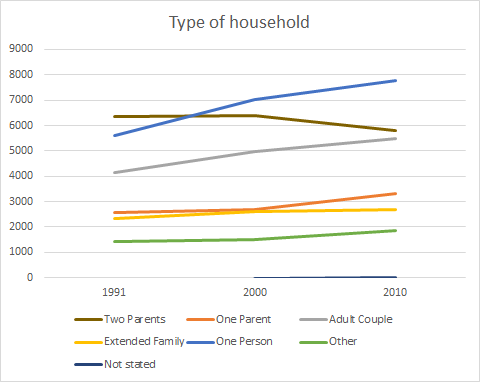 There seems to be an awful lot of growth in one person, couple, one parent and other households.

Lets take a closer look at “other”. 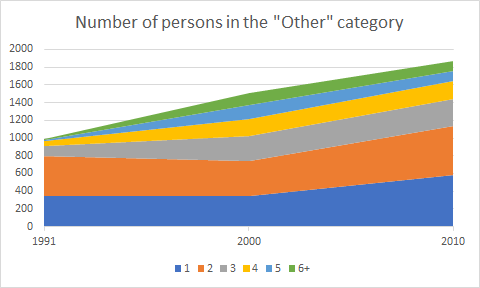 This illustrates a problem I’ve been explaining for years.  People keep trying to tell me that we have lots of housing supply.  Largely the problem is we do, but its been developed all at the wrong end of the market.  Housing supply at the lower number of person end has been constrained since the 1960s.  We need to fix this by developing realistic affordable studio and one bedroom accommodations in Hamilton.  Legislation supporting the development of Micro-apartments would likely go a long way to encouraging such development.